The Crux is the smallest constellation of all the 88, covering only 68 square degrees (0.165) of the night sky.

The four stars forming the Southern Cross were already known to Ptolemy, who classified them as part of the Centaurus constellation.

The symbol of the Southern Cross can be found as a part of the flag of Australia, New Zealand, Samoa, Brazil, and Papua New Guinea.

There are four major stars that form the constellation:

The constellation is the home of some awesome astrophotography targets:

What is the Crux Constellation?

The Crux is one of the 88 official constellations, located in the southern sky, bordering Centaurus and Musca.

Who discovered the Southern Cross?

Amerigo Vespucci is considered to be the modern discoverer of the Southern Cross. He carried it on his maps during his expedition to South America in 1501. 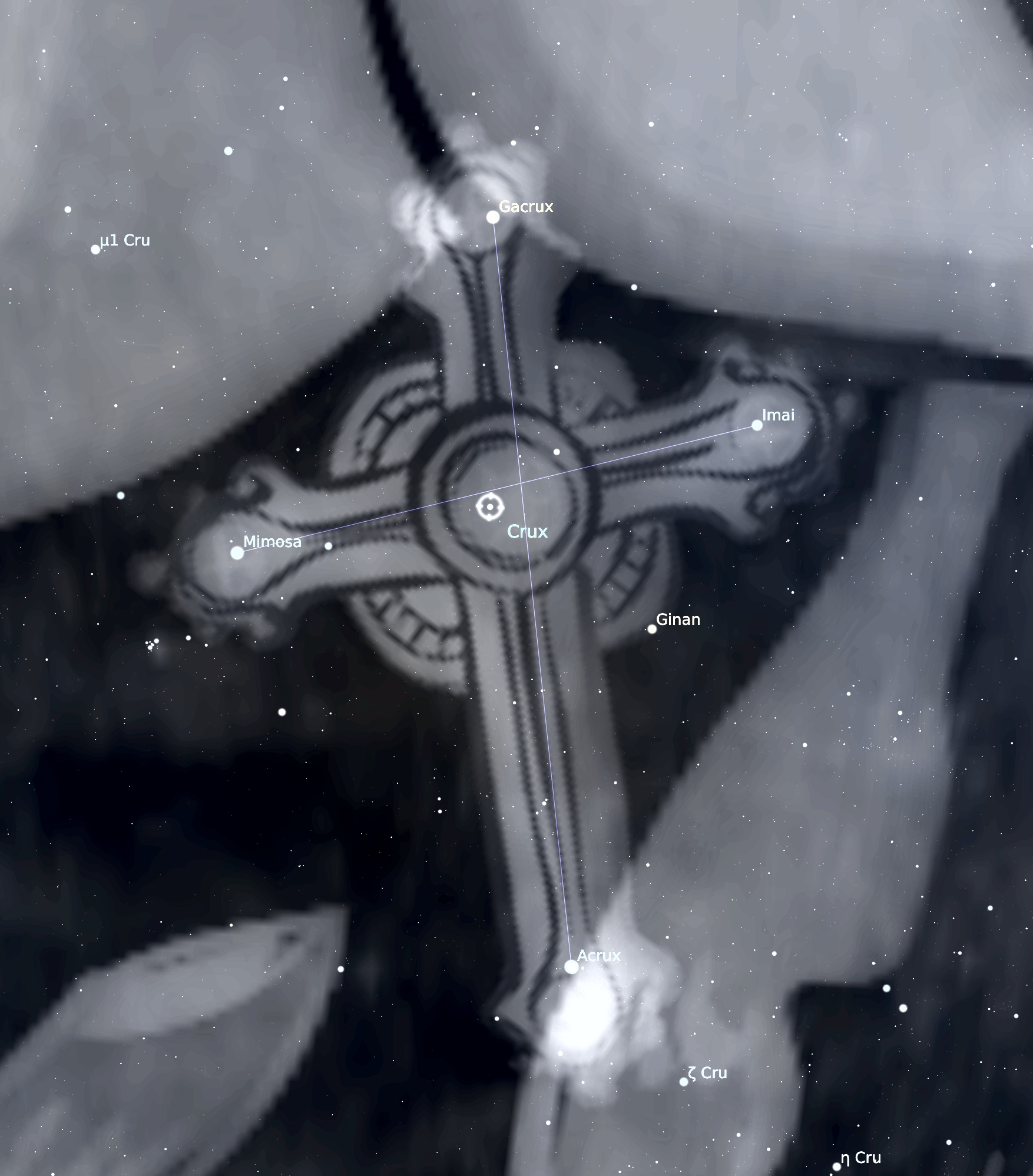