This Orion Nebula picture is the sharpest image of the nebula that has been ever taken. Many amateur and professional astrophotographers point telescopes to this object, but we are not even close to the quality we can achieve compared to the Hubble! The Earth's atmosphere is not our friend at the time.

One of the youngest nebulae in our sky - the Crab nebula - did not even exist 1000 years ago! First, a Supernova, the explosion of which signifies thaw in 1054 (we know that from the records of Chinese and Arab astronomers), formed the current nebula. Then, in 2005, the Hubble Space Telescope took a photo of it. History takes place right before our eyes.

The photo above is one of the best (if not the best) pictures of Jupiter ever taken. You can admire it in the full resolution here. Have you ever observed Jupiter through a telescope? It doesn't look so good this way, sadly.

Almost invisible to the naked eye, this spectacular supernova remnant is a popular target among many astrophotographers worldwide. But the Hubble is just the best of all of us (sadly, probably). So take a moment to admire the Veil Nebula by the Hubble truly.

Often photographed by amateur astrophotographers during the Spring "galaxy season," please welcome the magnificent Sombrero Galaxy! A beautiful disk that you can observe from Earth through a small telescope. Hubble, however, gives a much better insight into this beautiful galaxy.

Here is my photo of the Sombrero Galaxy taken with a small telescope for comparison - a huge difference.

Eta Carinae is a star in the Carina constellation located in the Southern Hemisphere, so it's non-visible in the north. Eta Carinae is one of the most enormous, most massive, and brightest stars in our galaxy. This star is volatile and can explode as a supernova or even a hypernova at any moment (that would be a real feast for the Southern astrophotography community, BTW!).

This picture is pure beauty. The Bubble Nebula, located in the Cassiopeia constellation, is an emission nebula discovered on November 3, 1787, by William Herschel. Less than 240 years later, we have the most beautiful photo of her ever - all thanks to the Hubble Space Telescope.

These spectacular stellar gas clouds are NGC 2014 (the red one on the right) & NGC 2020 (the blue one on the left). This picture often works as my phone wallpaper!

The picture above presents the Hubble eXtreme Deep Field - a photo of the farthest corner of space that has ever been photographed. The image is based on over 2,000 images taken by the Hubble Space Telescope between June 2002 and March 2012 and shows a small fragment of the Fornax constellation. The total exposure time was approximately 23 days.

And finally, the magnificent Pillars of Creation! Pillars are part of the Eagle Nebula, an open cluster of stars located in the constellation Serpens in the Northern Hemisphere. They are gorgeous and impossible to photograph with such quality from the Earth (atmosphere).

Check out Trevor's attempt to photograph it from the ground (one of the best I've seen!):

The presented image is the second, newer version taken by the Hubble Space Telescope in 2014-2015 - for the 25th anniversary of the first original image in 1995 (see below for a comparison).

Where is the Hubble Space Telescope?

The Hubble Space Telescope operates in space in low Earth orbit. You can track the current telescope position on SATVIEW.

You can track the current Hubble Space Telescope location on SATVIEW.

Do you like these Hubble telescope pictures? Which one is your favorite? Tell me in the comments section! 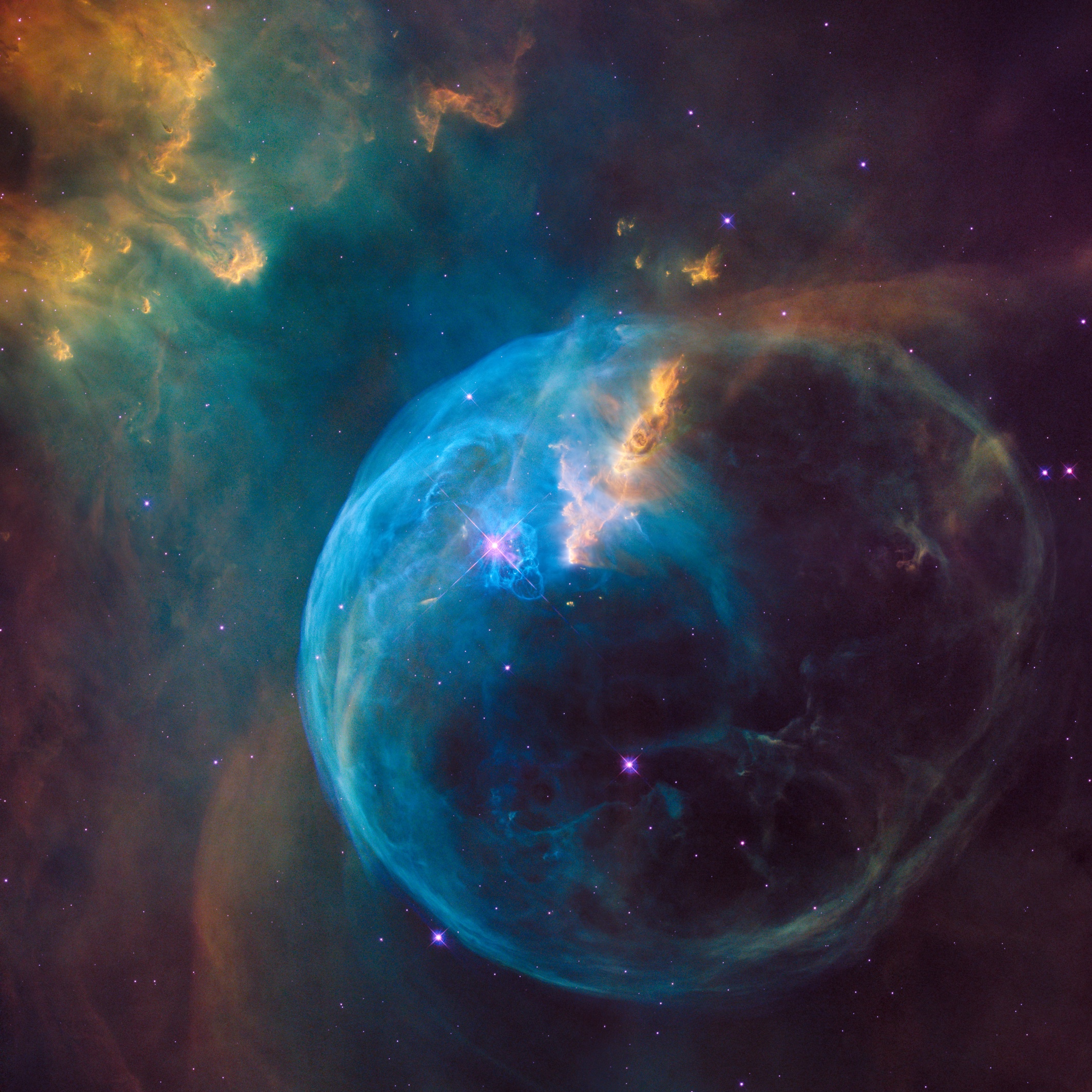