Mercury is the first planet in the Solar System. It is the smallest planet in our system, but still visible to the naked eye without binoculars or a telescope - but only close to sunrise and close to sunset. It was known in ancient times, including by the ancient Greeks, Sumerians, and Egyptians. So far, it is not a well-studied object, compared, for example, to Mars or the Moon - so far only two probes have flown there: the Mariner 10 probe in 1974-1975 and the MESSENGER probe in 2008, 2009, and 2011-2015. Perhaps we will learn more about the planet in 2025 when the BepiColombo probe enters its orbit. Read on for a handful of information about Mercury - facts, and pictures below.

Mercury - The First Planet of the Solar System

Reliable data! If you like straight to the point facts, here you have almost all the most essential facts about the planet:

The official discoverer of the planet in modern world history is Galileo Galilei, who first observed it through a telescope in the 17th century.

However, because Mercury is visible to the naked eye, it was already known and observed by ancient civilizations centuries ago. Therefore, it is impossible to define a "real" discoverer - they probably did not even have a name as we know it today.

The exact date of the planet's discovery is also unknown - the first historical mention comes from the Sumerians around 3000 BC (5000 years ago).

What Color is Mercury?

Overall, Mercury has a dark gray color similar to the Moon.

However, it is difficult to define what it means - "real color." This is because everyone's eyes perceive colors slightly differently. There may not even be such a thing as "true color" - only such as we humans perceive it in the present situation, such as phase, time, place of observation, or even individual predispositions of each person (e.g., color blindness).

In general, Mercury is most similar to our Earth's Moon in terms of appearance.

Is Mercury currently retrograde? It depends when you are reading this - check out:

On October 20, 2018, the European Space Agency (ESA), in cooperation with the Japanese Aero-Space Exploration Agency (JAXA), launched the BepiColombo probe with a mission to Mercury. Scheduled in 2025, this probe will enter the orbit of the smallest planet in the Solar System and start research.

Mercury is 3,031 miles / 4,878 km in diameter - less than half the diameter of the Earth - and is the smallest planet in the Solar System. Only dwarf planets such as Pluto, Haumea, Makemake, and Eris are smaller. Interesting fact: one of the moons of Jupiter - Ganymede (one of the so-called Galilean moons) - is bigger than Mercury.

Due to the small size of the planet, it isn't easy to see it in the sky, even through binoculars or a telescope. The easiest way to do it is just before sunrise or right after sunset. At other times, it may not be readily available.

Atmosphere and Temperatures on Mercury - Hot or Not Cold?

Surprisingly, being the closest planet to the Sun, Mercury is not the hottest one - it's only the second in terms of surface temperatures, right after Venus. Why's that? It's because Mercury does not have an atmosphere - there is nothing to retain the heat coming from the Sun, like Venus has (thick, yet still!).

Mercury is the second densest planet in the Solar System - just after Earth.

Does Mercury Have Phases?

Yes, it has. Any planet that emits less light than the star it orbits can have phases depending on the viewer's position. Both the planets within the Earth's orbit - Mercury and Venus - have phases, but because they orbit the Sun closer than the Earth does, it's hard to see them.

Many people compare this planet to our Moon, so let's check out the facts - are they similar?

What is the color of Mercury?

How many moons does Mercury have?

Have you had the opportunity to observe Mercury with your own eyes? If so, how - with the naked eye, binoculars, or through a telescope? How was it? Maybe you have some valuable tips for beginners? Or maybe you even took a picture of the smallest planet of our Solar System? Share in the comment!

Discover the Other Solar System Planets: 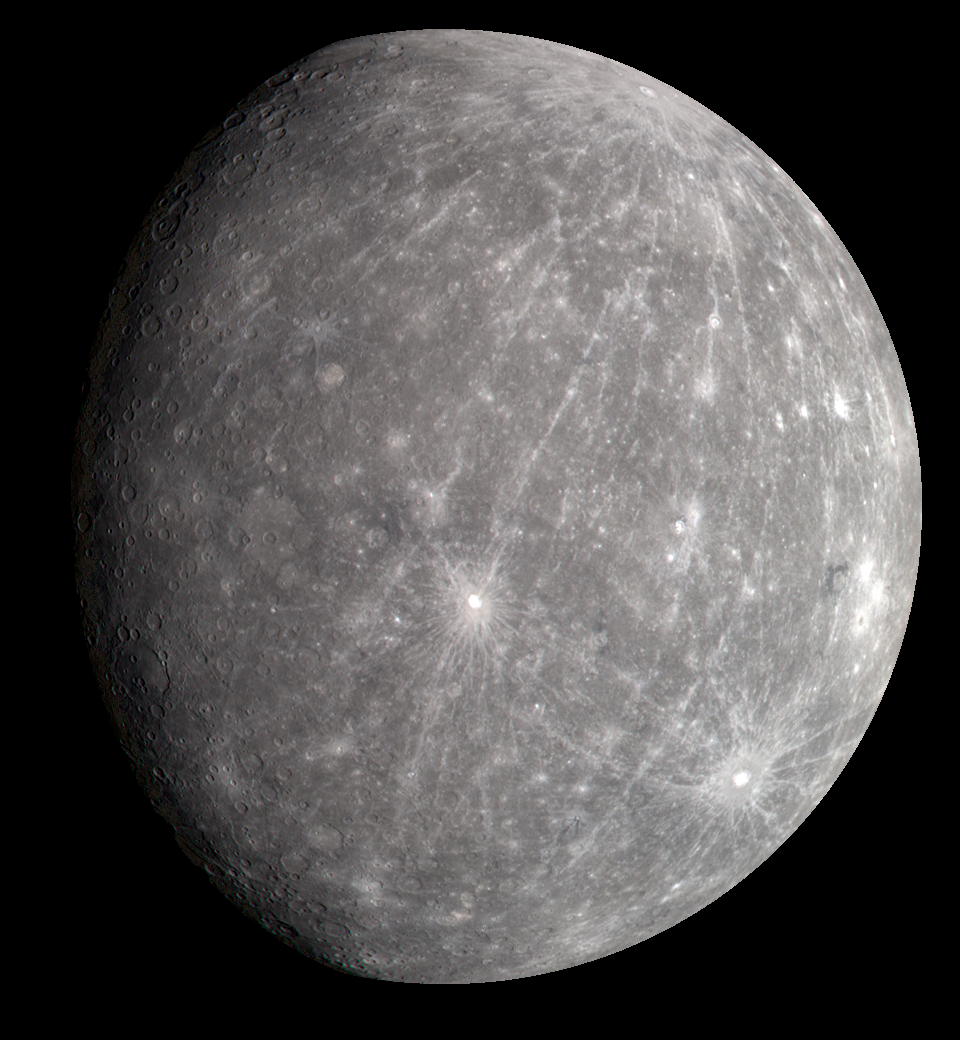 🔭 The best pictures of space every day!
🪐 Follow the best profile about #Space #Astronomy #Cosmos
🚀 Let's explore the cosmos together - Paweł Białecki

The image shows the Bubble Nebula photographed by

The Moon, the Earth's natural satellite, and its d

Pillars of Creation - the most famous picture take

The #Earth - our home (as seen from space), and th

North America #Nebula is an emission nebula in the

Venus is the second planet in order from the Sun i

Mercury is the first planet in the Solar System. I

The Orion Nebula, one of the most beautiful object