Betelgeuse, pronounced "BET-tal-joos", is a red supergiant star in the well-known constellation Orion the Hunter. It's one of the brightest stars visible on the night sky, and it recently created some buzz around itself. If you are not a professional scientist, and you only want to know what a regular person needs to know about this star, look no further - here are ten questions and answers about our star you always wanted to know but were too afraid to ask.

Some day, for sure. But probably not today, not tomorrow, not next year, or even not next decade.

2. Can Betelgeuse Kill us?

Although the red supergiant is one of the closest stars for a candidate to the future Near-Earth supernova, it will probably not kill us, simply because the distance from it to the Earth is too great. Earth will probably be not destroyed or affected at all.

Yes, it is, and it's totally normal behavior for this type of star.

Our red supergiant is a variable star, which simply means that it changes its magnitude ("brightness") from time to time.

4. How far is Betelgeuse from Earth?

For comparison, the average distance between Earth and Moon is 1.2... light-seconds, not even light-years.

The closest star to Earth except for Sun, the Proxima Centauri, is 4.22 light-years far from our planet.

The furthest humanity ever went (spiritually at least - as machine constructors) is around 20 light-hours (as of October 2018) - Voyager 1.

As you can see, the Earth's distance to Betelgeuse is considerable.

5. Where to Look to Find Betelgeuse on the Night Sky?

The star is a part of the Orion constellation, one of the biggest and most-recognizable (even for no astronomy fans) constellations of the northern sky. You don't need astronomy binoculars or a telescope to spot it - you can see it clearly with your naked eyes. It's the most orange star there, and you can easily locate it by finding three stars that lay even horizontally in-line, the so-called Orion's Belt (Alnitak, Alnilam, and Mintaka stars). Betelgeuse is this big, orange dot above them.

6. What does Betelgeuse mean?

Its English name comes from the Arabic language and means "the hand of Orion".

7. How to Photograph Betelgeuse (When it is Still "Alive")?

Our star is so bright that you can capture it even with your smartphone.

Yet, if you want something more than a white dot on a black background, some heavier equipment is needed. A DSLR/mirrorless camera like Fuji X-T20, Canon EOS 5D/6D or Nikon D7500 set on a stationary tripod will be more than sufficient for this quest. Set your lens aperture to fully-open (the lowest f/ number), set some high ISO (1600, 3200, 6400) point your camera to the star, set your camera on a tripod, and shoot for a few seconds.

Of course, you can apply all the astrophotography techniques I write about on this site like tracking and stacking to get even better results!

The star was known in antique times already, so there is no true discoverer. However, the most known modern scientists who have worked on this star is John Herschel.

9. Which galaxy is Betelgeuse in?

Is it in Andromeda? In Pinwheel? Or maybe in Whirlpool?

Well, not exactly. The star is part of the same galaxy, as Sun (and our whole Solar System, including Earth) - the Milky Way (in the Orion Arm to be precise). The red/orange star is our neighbor (at least in cosmic terms).

Some day for sure, but rather not during our lifetime.

How many light-years is Betelgeuse from Earth?

Can Betelgeuse be seen from Earth?

Yes, it can be, even with naked eyes.

Betelgeuse is an orange-colored "dot" just above the Orion's Belt (Alnitak, Alnilam, and Mintaka stars).

Is Betelgeuse bigger than Sun? 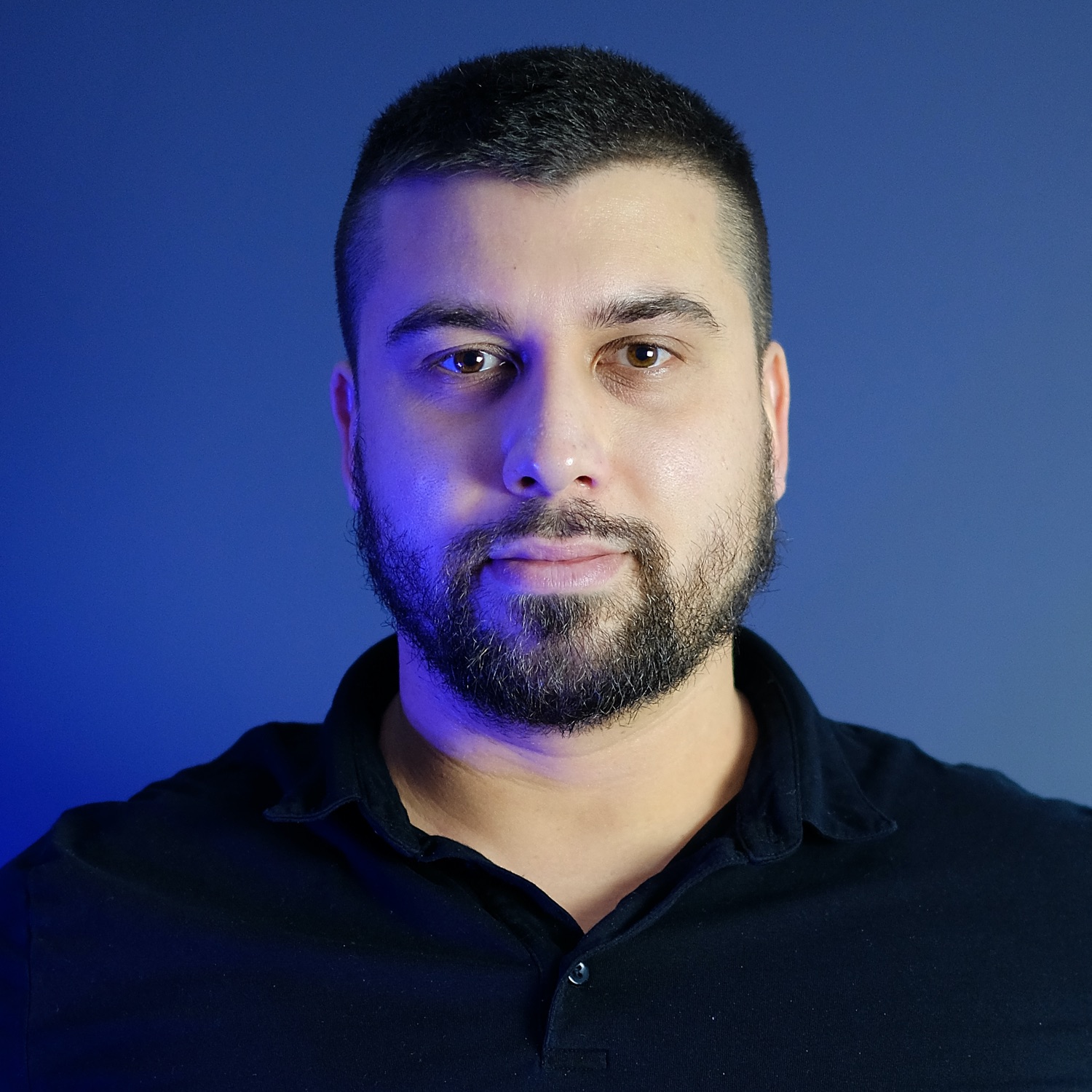 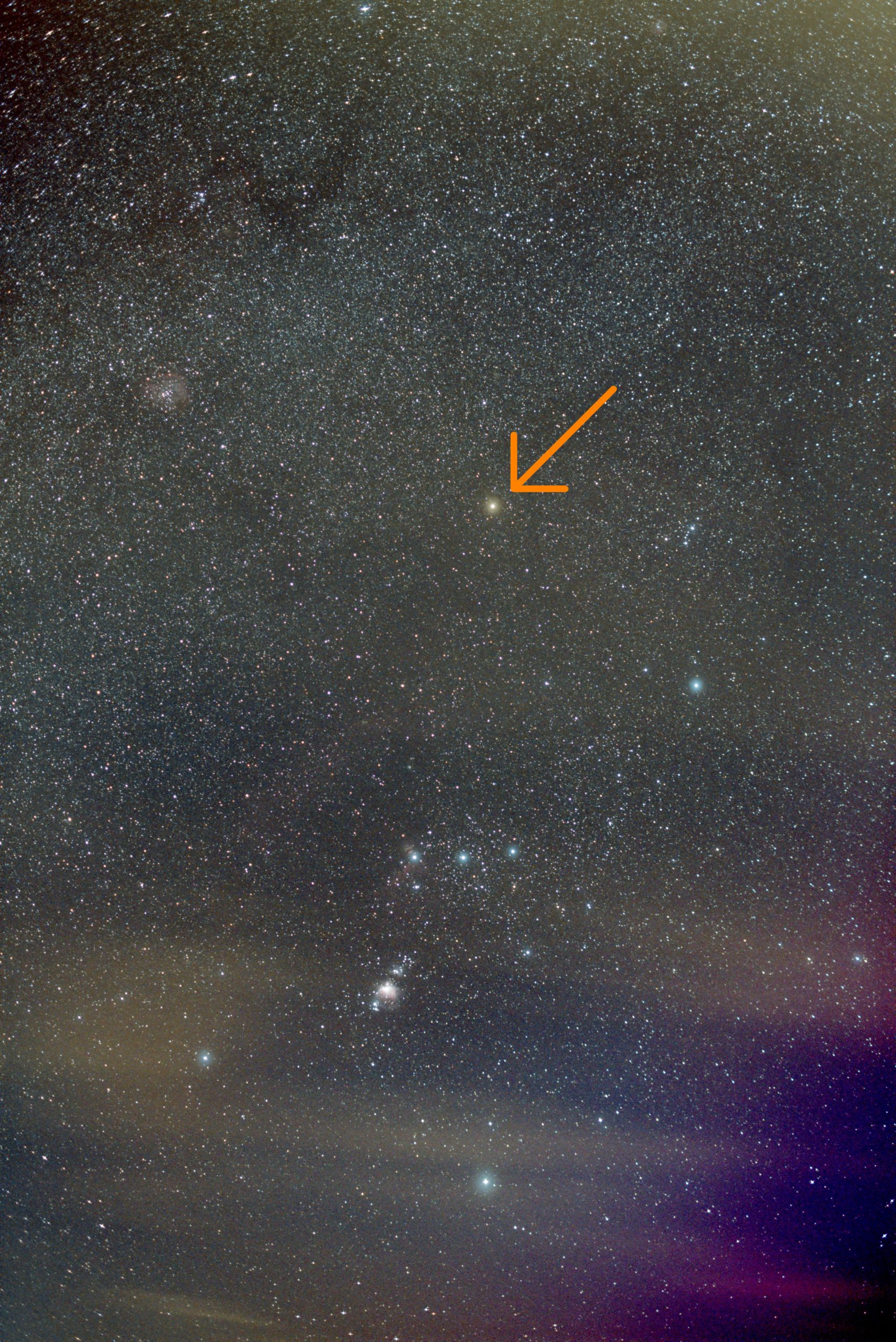 Hi, I'm Paweł, the author of this site! I'm an astrophotographer, synthwave music producer, passionate stargazer, and amateur astronomer. Here on Astro Photons, I share my astrophotography, space, and astronomy knowledge to help beginners to make their first steps into the hobbies. Sometimes I snowboard, play the guitar, travel through Europe, and taste local food, but usually, I just stay at home and write about astrophotography.